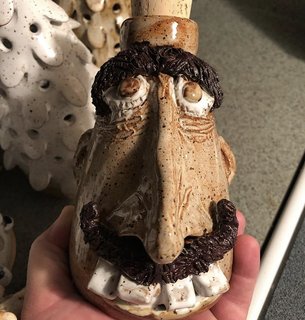 Meet Pierre, he's from the back country of West Virginia, you know, the Deep South. Well, after 3rd grade he fell in love with art, painting to be more specific. Pierre's work is famous all over. While painting didn't make a good living, transporting moonshine did. He's daddy use to say that Pierre could transport more shine across state lines, than a full blown locomotive. I mean after all, if one could get a nip of some good shine, art was easier to buy. 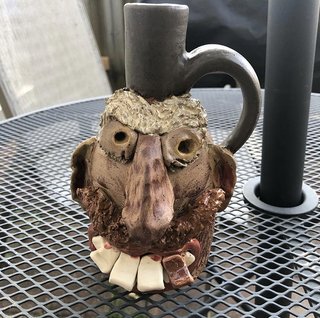 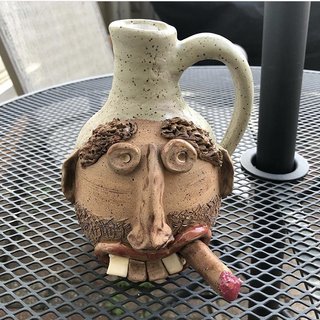 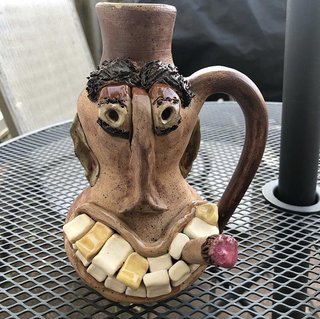 Meet Barnell, Claudel, and Puddin. Back in the gold rush days, in Lubbock Texas, Barnell had a gold mine. Claudel and Puddin came along later in years to help with the mine due to its prosperity. One day at the mine as everyone was working ole Puddin decided to start a new bidness. You see, Puddin comes from a long line of mountain men who in these parts are known for their corn liquor. Well, Puddin thought that the mine workers would take to a good batch of corn liquor and in exchange he would take their gold nuggets. Barnell was good at paying in gold. Now, don't tell anyone, but the table he used to pay the workers had a little crack on the top, right in the middle where he would pour the gold dust. I guess you see now, as he was paying the miner, he was taking a little off the bottom, as the dust would fall through the crack. Now, don't you think Puddin wasn't in on this. Oh yeah, Puddin was slick, as you was wasted on moonshine, I mean this was some good corn liquor, aged and smooth, remember a miner had worked hard and was tired, and by now was drunk, so this was a great time to skim the wages. By morning, after sleeping off a drunk, those miners were ready to go. Now Claudel, we'll let's just say he wasn't on the up and up either, but that's another day and another story.